Before buying a home:

After buying a home: 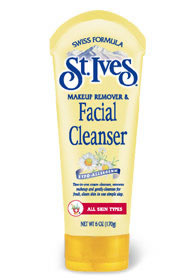 Sorry for the lame html there, but at least I tried.

Show Up, Shut Up, Wear Beige 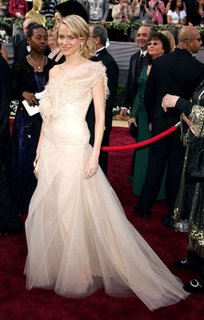 Wow, the Oscars were pretty boring. Maybe it's because the only nominated films I saw were Wallace & Gromit and Murderball. I think it's funny how many women wore beige. I particularly thought Naomi Watts looked like she was swathed in sausage casings or something. I always think, "Maybe it's stunning in person." That happens. And you know what? I'm not Mr. Blackwell, so whatever.

Even though I didn't see any of the movies, I really wanted to watch the Oscars. I don't know why. It's like I just don't want to be the person who doesn't watch the Oscars. "Oh, I didn't watch - I was being politically active" or "I never watch the Oscars, I read books." I strongly dislike the people who say stuff like that, so I will watch the dang Oscars like it or not.

A lot of people will probably comment today about the 3-6 Mafia. I have no comment really. They won and were super-pumped about it. Yay, them! I'm also glad that Brokeback Mountain didn't sweep - not because it has "sexual themes" but because I hate it when one movie gets everything.

Finally - Philip Seymour Hoffman, I apologize. I have hated you until your speech last night, when suddenly you weren't quite so much of a dick. I guess it's OK if you ever want to star as Tender in a film version of Chuck Palahniuk's Survivor. I would go see it now.