Yeah, We Figured That Out. 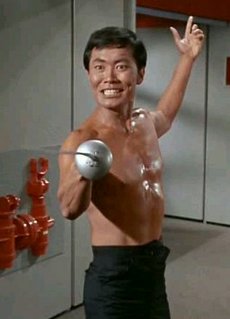 So, George Takei is gay. If you didn't care, keep on not caring. I wonder who this is a revelation to. I think the most exciting thing that could come out of this is that the LOGO channel might start showing Star Trek movies/reruns, because that would be cool on so many levels.

My friend Mike alerted me to the breaking news on cnn.com. We started then blowing each others' minds by revealing that the following people of entertainment history are also gay:

If you're looking for something to do, check out Mike's latest band, the Irving Parkas, tonight at Nite Cap. I might be there if I take a nap first. Or check out Mike's super popular band, the Dirty Calypsonians, this weekend at the Darkroom.

I think this is not what the person was going for...

This is sad, funny, and frightening all at the same time.

Yup. So, to be fair, I am not a news junkie. Plus, the impending Pampered Chef party tonight had me doing things like making dough and mopping the floor this morning before work instead of watching/listening to the news. But I drove all the way from Montrose & Western to downtown Evanston, and except for a gypsy jazz rendition of "Take Me Out to the Ballgame" on WFMT, there was no outward appearance of the big win. I hope downtown Chicago is a bit more festive. I just thought, jeez, if the Cubs won the world series, the company I work for would probably shut down. Which shows you that I work with a bunch of tool-ass cubs fans, but also that it wasn't a big miracle that the Sox won the WS. They're a great team. It's almost like, "Good. You did it." instead of "OH MY GAWD IT'S A MIRACLE N SHIT!" Kind of like a deserved win doesn't get as much celebration as an undeserved (but lucky) win.

So, it's pizza stone time tonight! I hope my guests like wine, because I have only 24 cans of pop, but LOTS of wine, and like 2 quarts of sangria. Peace!

Ha! Computers think I am under 30!

I Need a Fashion Archivist... STAT! 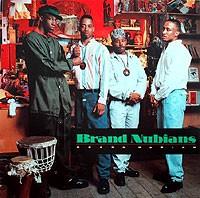 For reasons that shall remain unexplained, I wanted to see a picture of the leather red-gold-green Africa medallions that were all the rage circa 1989/1990. Every African American dude, and even one white dude*, wore one at my high school. Try googling it. Try finding one on ebay. Just try! Thank goodness that the "It's a Black Thing, You Wouldn't Understand" t-shirts are available on ebay, modeled by white emo dudes (click the header if you don't believe me.) These medallions were so well known, in fact, that in Normal IL circa 1991, a certain stitchin' Bettie and I devised a plot to make leather Ireland medallions that were orange, white and green to show our Celtic pride.

So, for your inner-city high school fashion flashback, the closest I could get to a pic of the Africa Medallion was Scratch's eagle eye catching them on a Brand Nubians cover. Enjoy.

*In one of my prouder high school moments, I busted that white dude out in front of the basketball team with "Yeah, so, what part of Africa are you from? The Ivory Coast?" I had mad mockery skillz even then. 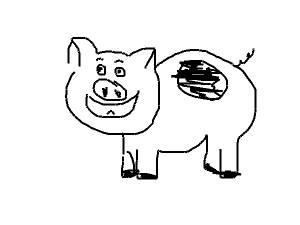 So, at flea's blog she had a link to this draw a pig site. It is cool! I did it just after looking through the heifer international holiday catalog, where you can gift a struggling family with a pig fro $120, or a goat, or bees, or a llama. Check out their website to learn more.