Well, yesterday morning a woman was sniffling over me on my way to work. She looked pretty well-to-do, had one of those newer iPods, etc. I waited for the third sniffle, and then got the pocket pack out of my bag, opened it, and held it up to her.

She smiled, and said "No, thanks!" and then kept sniffling.

Today, I'm going to listen to an audiobook or something, so only super-aggressive snifflers will be targeted.

So, Scratch has pretty much laid it out for me that handkerchiefs will never come back, because they are "gross." So, OK.

This morning, I sat next to a perky, 20-something blonde who was sniffling like all get out. It was a chorus, a fugue, of sniffles. I started thinking I was going to go insane. It was sniffle torture. That's when I concocted my new plan.

First, I thought of buying a big box of tissues. When the sniffling starts, I could whip the box out of my bag and just hold it up. That way, anyone who wanted one could just take it. Then I realized that people would think I was crazy. I might get some moniker like "Krazy Kleenex Lady" or something. So I fine-tuned.

At CVS, I bought an 8 pack of pocket-size tissue things. While I would love to put decorative labels on them that say things like "See a sniffle? Pass these on!" or, more honestly, "You're Disgusting!" I don't want to draw negative attention. So here's what I'm going to do:

At all times, in addition to my own little pocket-pack, I will carry 2 or three extras. If the person directly in front of me, behind me, or next to me starts up, I will politely offer them the packet - I wish there was a way for me to individually wrap just a couple of tissues without making them look 'tampered with' - come on, tissue makers! Make something called a 'courtesy pack' that is cheaper just for me, OK? Until that happens, I will encourage them to keep the whole pocket pack. I will not say anything else. Maybe "You're Welcome!" if they say thank you. This will be my new hygiene revolution. One sniffler at a time.

Sure, this will cost me a couple of dollars a week. But I think the peace of mind is worth it. You can thank me later. I'll be posting on weekdays to let you know how my plan goes. If I can get good at it, maybe I will use my cell phone camera to take pictures. But I doubt it.

I'm looking for sponsorship - any tissue companies out there want to supply me with some freebies? 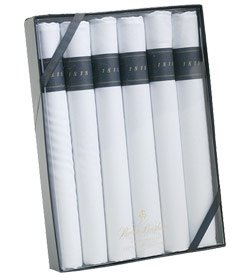 No, not the hanky code. Handkerchiefs. How did the whole "metrosexual revolution" neglect to bring back hankies? Because these guys on the Brown Line could use some.

Sniff. Sniffle. Snort. Suck. I have become hyper-sensitive to the sights and sounds of reasonable looking members of society sucking their snot back and then... guahhhh... SPITTING onto the sidewalk. Not into the gutter. I step over gobs of goobers on my way to work. It's just disgusting.

Ladies, do me a favor. Buy the men in your life some cotton handkerchiefs. Or at least a travel pack of tissues. I am not immune from the cold morning rush to the train sniffle. That is why I carry some kleenex with me.

And guys, don't give me the "I don't want to carry around my goobers with me all day" argument. Not flying. You dudes carry that Red Eye around with you, I'd say that's way more embarassing. What's more disgusting - spitting your nastiness into the path of an innocent bystander, or folding a square of cloth into your pocket and putting it in the hamper at the end of the day? What if a bird pooped on you? That is how I feel when a person hocks one directly in my path. If you can't deal, buy the travel kleenex and put it in your giant satchel. You know, the giant satchel you beaned me with when you got on the train at Wellington.

If Scratch used handkerchiefs, I would gladly launder them. I wouldn't press them, mind you, but I would launder them. As it is, he doesn't - but he does have kleenex on him when he's sniffly, and I have yet to see him spit in public or anywhere else.

Go retro, fellas - get yourselves some hankies and stop your sniveling.

In other news, Bulls Win! I give Skiles's combover the Skiles Face.

Easter 2006
Originally uploaded by baranpower.
We made it through the entertaining! Yay!