My full name got "Marguerite: Quick and Easy"

I liked this one better.

I haven't been feeling well for the past few days. In fact, I took my very first sick day at my new job yesterday. They have a very strict policy that no sick days are allowed the first six months. Now that I am 7+, It's OK for me to be sick. Now that I take the CTA to work, I think that is who I'm really trying to avoid. I might be able to handle holing up in a cubicle all day, but the idea of sitting on the train for two hours while sick and miserable is just awful to me. Because I see sick miserable people on the train every day, and I don't want to be one of them.

Speaking of the CTA, I just went to the Trib online and it had a headline "Two Brown Line Stations to Close" - I thought maybe my browser hadn't refreshed for a while. Too bad, because Montrose people and Addison people seem way cooler than Southport people and Sedgewick people. Feel my Kimball pain, folks. And enjoy. 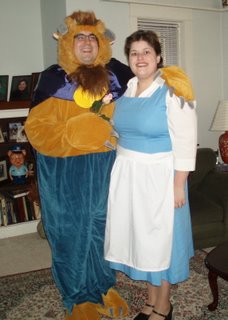 Scratch can't wait to get outside and hand out candy tonight. Let's hope there will be lots of trick or treaters!

Too Tired To Rock

This was about 10 minutes into the show: 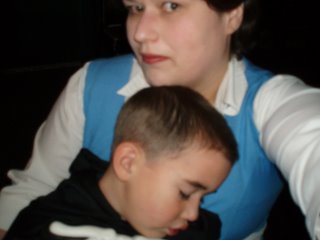 When he started snoring, I had to lay him down: 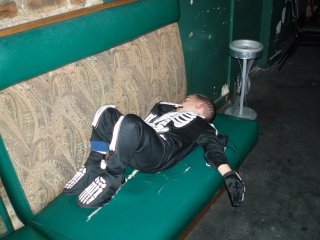 William was apparently upset earlier in the day that we were bringing both him AND his younger brother Ethan to the Los Straitjackets kids' show. Either Will slipped him a mickey to prove his point, or the kid's just not ready to appreciate getting your $6 worth of guitar.

Well, here's Ethan's review of the show. Apparently surf music makes for great napping. Sweet Ethan will now have a picture of himself passed out in a bar at the ripe age of 4. Kid, you're one of us now.