What is a good title for this? 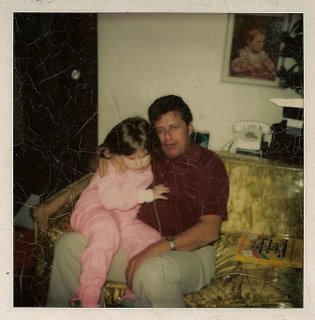 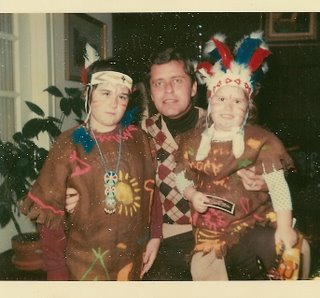 If I had faith in murder mysteries, or revenge movies, I wouldn't be going to work today. Today is my dad's & uncle's birthday. They were identical twins, but that was probably the only thing they had in common. That, and the fact that neither one of them is alive to celebrate.

My dad died in February of 1982. It was a tragedy, but not a murder. Four years later (meaning 20 years ago) my uncle, who owned and operated the funeral home at Lincoln & Byron that is now a restaurant, was shot in his office there, and died on his 49th birthday. Technically he was shot on the 20th, but his official date of death was 7/21. I was 12.

The motive wasn't robbery. The prime suspects? His male lover, his fake girlfriend who was going to enter a sham marriage with him for 'financial' purposes, and Mystery Man/Woman Who Would Shoot Someone Just For Kicks.

The gay community did not come through. All of my uncle's friends lied and said that my uncle was straight, that he was going to marry his friend out of true romance, blah blah blah. Way to go, gay community of Chicago 1986. I hold a lot of the blame on you for not standing up and helping to solve the case, or at least keeping it in your minds and hearts when the police gave up because nobody would talk. The police did not come through either.

My dad was a policeman, and I've always known that if my dad hadn't died, my uncle either would not have been killed (because the killer would have known they had no chance) or the case would have been solved. The cold case squad of the CPD has made a valiant effort, but they cannot help. Most of the witnesses are dying off. No deathbed confessions have surfaced. You can't google "I Killed Bob Spaulding in 1986" and get any hits. These people are all in their late 60s and 70s now. Thanks for trying, CPD!

I've had various thoughts over the years about how different my life would be if one or both of the Spaulding brothers had lived. But lately I've turned all of that energy into celebrating my mom, who held us all together and always came through, working so hard and sacrificing so much so that her three kids could have a good life.

I used to have pictures of my uncle displayed prominently, because I felt like I am the only person who remembers him. Now I have pictures of my mom and dad displayed prominently. I have not forgotten my uncle, but having a reminder of an unsolved murder in my house is beginning to get depressing. I used to have dreams that when I die, they will be waiting for me and they will explain everything that happened, the way Vincent D'Onofrio does on Law & Order: Criminal Intent. They will show me a movie of what happened. They will show me the people and what happened to them. That is my dream of the afterlife.

For now I have my very living mom to thank for getting us all through some pretty sad times. So here's to you Dad. Happy Birthday. And Happy Birthday Bobby. And I love you Mommy. At least now if someone Googles "I killed Bob Spaulding" they will get something.

Comments:
xoxoxo
if you need a getaway driver from the cemetary, i'm your gal.